The last DLC batch has come for Shining Resonance.
For now atleast unless the site updates with even more DLC.
whats in it?  read more after the jump

More swimsuits for Sonia and Marion! ('-') sigh...
and the final free grimoire update that raises the monster
lvl cap in there to 200.
Has no effect on enemies outside of grimoire..
those are stuck at lvl 70s IIRC. 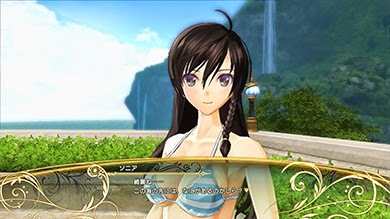 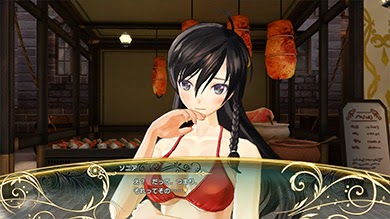 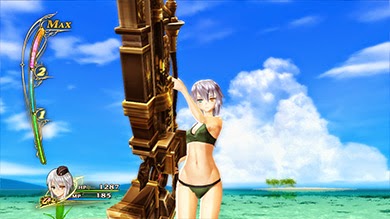 Thats the end of that then? I am really disappointed
that they didn't make Zest and maybe Beatrice playable and
the lack of swimsuits/other costume for the guys. :(
Also why is Zest's song not on the vocal collection/soundtrack?
The instrumental version is atleast...
I hope Hoshi Soichiro releases his next album/single soon
with that song on it before I forget about it.
Glad its over though... next Shining game when?
If there is even going to be a next one...
There is that Shining Seed trademark to look forward too atleast.
But my guess is thats a mobile game or something.

Speaking of next shining game, they are porting Blade arcus from shining to PS3/PS4.
BUT it has no online/netplay... gives them even less reason to localize it.
I don't mind it having no netplay because I would like... get rekt online but i'm sure
people were looking forward to this but now look the other way or skip it because no online.
Geplaatst door Rurunikiri op 4:10 AM