So I decided to make a post of otomate's new announcements!
(Since I haven't posted anything in a while...)

Ikemen Sengoku.
Otomate will be handling the vita port.

Osomatsu-san the game.
Not sure if this will be an actual otome game though...

KLAP FD.
Fandisk for KLAP, time to punish more bad boys!
Never played the original but i'll get to it eventually since apparently its pretty good.

Nil Admirari Sequel + Anime.
Nil admirari will be getting a sequel and an anime adaption.
I never played because of the scenario writer and after Princess Arthur and
Senjou no Waltz I honestly had enough of her quirks to skip out on her next work.
Who knows I may check it out the first game down the line but ahaha priorities

Chouchou no Jiken.
Interesting, but I need to see more before I make a decision.

Sengoku Night blood.
Usuba Kageroo among others will be the artist for this mobile otome game.
>M-O-B-I-L-E 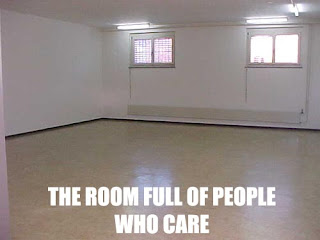 Ahem... moving on we have yet another sengoku themed otome game...

Sanada of the Crimson Flame.
Ayyy Otomate jumping on the Sanada hype train like KOEI's Sandamaru
and CAPCOM's with Sanada Yukimura den.

Variable Barricade.
I'm interested and the heroine appears to be a tsundere so I will be looking
forward to more info on this one but no promises!

~Final Thoughts~
Too much Sengoku! not interested in the mobile and its too early to tell about the other one!
Out of all the new titles, Ninkoi FD,Chouchou no Jiken and Variable Barricade interest me...
but still need to wait and see! pretty sure this isn't all otomate has up their sleeves
since they always end up announcing plenty of titles outside of otomate party
like for example the recently announced Shiro to Kuro no Alice.
Geplaatst door Rurunikiri op 4:20 PM