Minor CG spoilers, so be warned. 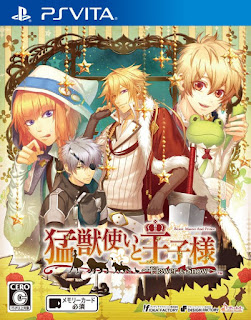 TL;DR
9/10
A rather quick review with not much spoilers, except complain about small things.
This is a really charming otomege with a decent plot and one of otomate's gems
personally I love the medieval theme and the music is fitting even if its the typical 2008/2010 era
ye olde idea factory themes, back then they recycled or rearranged a lot for same-ish themes. >_>
Honestly its far from perfect but imho it has alot of things which make it really enjoyable
from a heroine who isn't afraid to backdown from a great written plot.
I think the same-ish common part just with different guy is what brings it down
a little but atleast the rest was unique so its not that bad.
There won't be much I can write about without spoilers so I keep it simple and if you want to
read the routes they can be found in other peoples reviews, this is a port afterall. 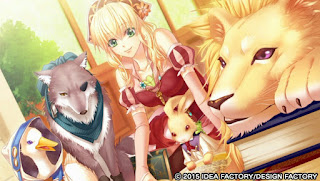 Recommended play order: Matheus > Alfred > Erik > Lucia > Klaus > Silvio.
Klaus + Silvio are unlockable by doing IIRC Erik/Lucia.
Matheus/Alfred routes share plot, same for Erik Lucia
Either split them up or do them right after the other, there's no avoiding eventual repeat content. 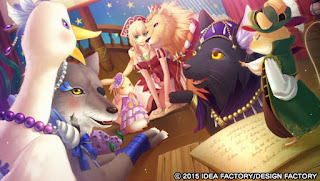 Mini rant incoming because there isn't much to complain/write about other than this :P
I regret doing Alfred right after Matheus I really do, which made me sad because some of it was mostly the same! there are new bits but you have to sit through that fangirl mob, Tiana getting cursed
plus other repeat content first. This made me so sleepy because I already know most of it, I think the worst offender is that the game classifies it as new, because the character you're with is different. Luckily Erik/Lucia's path follows a different scenario so thats why taking a break from it
or perhaps split it up because by the time you finish Erik or Lucia, Alfred
might be a nice change of pace again but honestly it doesn't matter.
end pointless mini rant.

As for the characters I liked everyone, Klaus had a really sexy voice though! especially
in the mofumofu minigame, it made me have to use headphones because its just THAT embarassing.

For snow bride, same play order atleast for me, might be best to save your fav chara for last.
You select these scenarios individually after story, additional story, side story...
its not a straightforward VN honestly I was a bit confused at first but oh well its a fandisc?
Franz memoirs is rather uh... nice but why? never really saw the point of it.
Storywise Snowbride is just something extra, nice after stories for everyone
and it also delves further into some things, the winter theme was great btw.
I really liked it and have nothing to complain about except some minigame
that was first added in the PSP port... more on that below. ಠ_ಠ 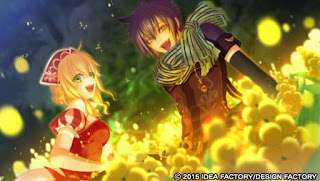 Pro's
- Interesting story,setting & characters.
The main story line in both games is great, there is a mystery thing going on, all
the guys are likeable and the voice acting is superb(like it should be).
- Art.
Nothing to add here, its pretty(again like it should be)
- MofuMofu minigame ♥
Do I even need to go into this? who doesn't want to pet bishonen in animal form?
-  Ex Another Story.
A nice side story for the original game added for the port, what's there to complain about?

Con's
- Repeat story content.
This is obviously the weak point of this otomege, no matter how you cut it, it just is.
But it could've been far worse so in the end it may not be that bad.
- Ye olde cheesy Idea Factory BGM.
Well this is from 2010 after all...its forgettable yet it does add to the setting.
- New Snowbride Minigame(First added in the PSP port)
This is just... wtf? why otomate? ( ಠ益ಠ)﻿
I know otomate isn't known for its amazing minigames but this is ridiculous.
It was apparently added with the PSP port, as it wasn't in the original PS2 version.
Worst of all it has nothing to do with the actual plot... just extra content.
This was just silly, its a poor excuse for a minigame, its like something you
expect from a smartphone game...  I just can't get over how bad this new minigame it is.
First thing first, the heroine isn't even Tiana, its basically a self insert, lol.
You have to help the guys earn 50000 money/gold so they can return to their human form or sth.
There is a day limit and you can only do it once a day...
Luckily you can adjust PSV time manually and continue the minigame whenever you want.
if that wasn't possible have fun doing that shit for a whole month with all characters.
In the end the last CG(see below) for other wasn't even all that nice...
No wonder no one bothered writing about it for the PSP version... I wouldn't
want to do that for a whole month just for this CG.


Anyway I hope you don't mind my small complaint about the one crappy minigame and repeat content.

Its better to know before hand the story is split int two parts each allow you to romance 2 guys
so naturally the one that shares sitll has some of the same-ish events the worst part is
the game classify old dialogue as new just because the dude ur with is different.
Like I said before there is so little to complain about I can't help but nag about it or point it out.
The story for both games is excellent, I have no complaints about that except that
some of it repeats in other routes, but in the end it not that bad, the way the romance
developed was nice except maybe Alfred other than that I love the whole fantasy theme in this
its well executed just that some parts it overlaps it can't be helped.
since at the end of the day they bundled two characters together and split the scenario there.
Alot of VN have repeat story content or copy pasta scenarios so Moujuutsukai isn't that bad www.
Its just that in some games its definitely more noticeable.
Character wise this game does have its stereotypes but everyone was likeable, some
people tend to have bias for the tsundere Lucia though but Mateus seems to be
the typical poster boy, Alfred is a bit of a loner the cute type and Erik the really nice guy
you just don't want to make angry? /sweat, I think  he's pretty close to yandere.
Klaus is like a good older childhood friend... and Silvio is the unfortunate cat boy suffering.

You just have to be careful with your play order, but honestly I don't think play order even matters.
Silvio and Klaus unlock by doing two of the main guys route and cuz I did those two last
I forgot which so sorry about that but the side routes are perfect for at the end. :P

Characters ★★★★★
Art  ★★★★★
Scenario/plot. ★★★★☆(Good stuff except that some repeats.)
Music★★★☆☆ (Average but fits... ye olde grating idea factory BGM.)
System  ★★★★☆ (Comfy, also who doesn't want to pet cute animal boys?)
Enjoyment overall ★★★★☆(Its a well rounded otome game.)
Moujuutsukai is definitely a gem from otomate and you should give it a go sometime and
I really hope it gets picked up for localization one day because its a really charming game.
Holy Silvio, Gloczus has announced there next localized will be this Beastmaster and prince!
They'll release it on PC(Steam) and iOS/android, I asked them if it will have voice acting and
it should be in but they can't say anything else because of licensing issues.
I'm glad and super excited about this is the next otome game being localized I really am!
Too bad the localization kickstarter failed, I still hope it gets localized some daybut it doesn't seem hopeful, I wish it did though because despite its repeat content
this is really a charming and good otomege!!! it got a heartwarming story with a great heroine. 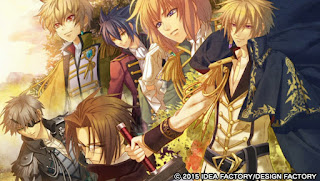