Best and worst otome games I played during 2015 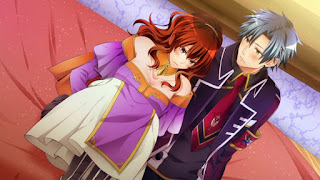 Uh oh its that time of the year... and well I've played alot Otome this year, I didn't review all of them.
So lets go over the ones I played in order before ranking them!

Games bought but haven't played yet at the time of this post which i've finished by now.
(yay for backlog! so this'll be at next year's end list,)
Yunohana Spring. (decent game, its cute and fluffy but its not all that interesting)
Zettai Meikyuu himitsu no Oyayubi hime.(Finished, its decent but it has some issues)
Norn9 Var Commons.(I've finished this by now, great otomege despite translation issues)

So which of the 20 games I played would actually make it to my omg best i've played this year?
and the Oh my gawd I don't want to play this again everrrrrrrr.

Let's start with the bad! 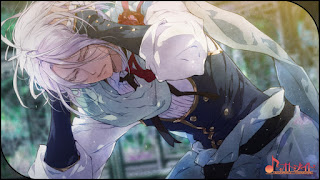 7, Mahoutsukai to Goshujin-sama, Fun otome, hilarious heroine I kinda pity her but
those damn Best and Good A/B/C ending variation killed it for me when it obvious
only Best/good A are worth your time, sigh but you gotta get dat platinum trophy.
6, Rear Pheles, hmm while I don't think its that bad most people gonna bitch at how the minigame
is unfair and the freaking long loading times, oh and how big the patches are in size
both patch is like 1000 mb or sth encode problems maybe...?
5,Soukai Buccaneers, Nice try petit reve, next time try harder doesn't stand out.
4, I DOLL U, IDK this game sorta killed the idol theme for me, Seiya's route was fun and all
Mwuhahaha he's the best guy? as was Ruka's but the overall plot was actually kind of average.
3, Possession Magenta, I expected too much out of this that I ended up being disappointed by how much of the routes are copy pasted in the last chapter and the plot was laughable, meh... just meh.
2, Jyuza engi 2, Way to ruin the original game otomate, I regret playing routes that aren't
Shokatsuryou, Ryuubi, Kakouton or Chouhi cuz those are the only ones I think fondly of.
1,Reine des fleurs, too much drama man... and the system well by the time I finished everything
I was just like ''Úgh'' I'm glad I am done!  (╯°□°）╯︵ ┻━┻ I only really enjoyed one route
and that was Louis because he was such a Haraguro and I liked seeing him mess with Vio.
The story was a disappointment, only other good thing was the art because gosh it was beautiful. 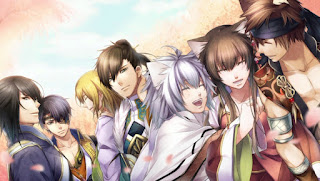 The good!
10 Shinobi Koi Utsutsu.
Ninkoi was very fun, it was rather short but honestly while I enjoyed it but I think i'm too old for this.
9 Jyuza Engi 1.
I absolutely loved the first game, except the boring war stuff its an okay game.
8 Clock Zero Extime
Quantum physics aside its quite a heavy game story wise but I did enjoy most of it
but those tests on 2nd+ play get annoying even tho you skip half of the cmmon stuff, overall
its CZ is a great otome game though.
7 Beastmaster and prince Flower and Snow.
Ah... This one holds a special place in my heart, quite a memorable otome...
I hope it gets localized one day... I really do!
6 Crimson Empire.
My first Quinrose game and I thoroughly enjoyed it, despite it having some bad points
the heroine was pretty cool, I wish more heroine are like that.
5 Prince of Stride.
Kyaaaah PoS! a very enjoyable otome game to me but suffers from a long common route.
I can't wait to see the anime, the matches in the game weren't that exciting
so I hope the anime touches up on that. :D
4 Sangoku Rensenki.
This game idk is also kind of special to me, the heroine is very likeable and well I just loved
this otome all around, most if not all the guys are all great and the art
while a bit derpy but I got used to it, this game didn't come out in 2015 but that doesn't matter.
3 Harukanaru toki no naka de 6.
My first Koei otome game, I just love it so much I want a fandisk...!
The system wasn't that annoying but it did take me 3 months to fully complete.
2 Ayakashi Gohan Oomori.
This was the second best otome I played this year, I hope the fandisc
gets a vita port next year because I really want to play it after hearing how good it is.
(I am not that fond of importing PC games...)
1 Ken ga Kimi for V.
Gosh I may be biased... but damn I really loved this one, its the most complete otome game
I played all year, I don't even want a fandisc, the chara, setting overall plot...
its imho the best otome i've played so far.

As for Amnesia its decent and Zettai Kaikyuu Gakuen well I didn't want
more than 10 good otome entries so thats why they're not included
and I technically never finished the latter.

As for next year? I look forward to the Sangoku Rensenki FD and Wand of Fortune remake!
I might pick up Physchedelica of the black butterfly and maybe the Arcana Famiglia Vita port
if I really can't find anything else that interests me after I finish my backlog.
Otomate current lineup does not interest me seeing as most of their games are a hit or miss.
I'd like to try out the R-18 genre someday... but only if its a good one, too many
bad R-18 otome games around its really hard to actually find a good one that isn't just porn.
Here's hoping more otome games come over in english next year! 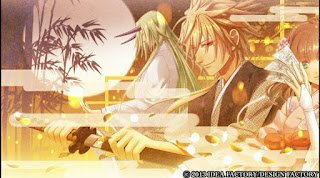 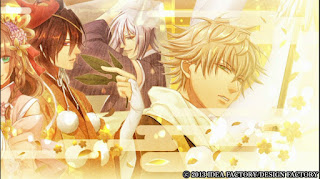