Whoop it that time of the year again to make one of these!
let's start by going over the ones i've played and compared
to other years there's not as much which makes sense, I only picked
up the ones I thought were genuinely interesting and skipped any I had second thoughts of. 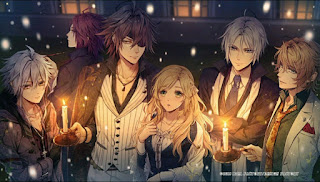 Considering what I played there was not much competition I enjoyed what I could but
considering the themes this might not be for everyone but I still think its solid
and didn't waste away what it intended with the setting at all.
The only bad part is that no main character was truly likeable except Orlok
like they all did something shitty outside of their own route and Yang...
ah yes Yang he was beyond likeability even in his own
but atleast the story was solid and stuck to its themes that being one about mafia meaning its not
gonna be sunshine and rainbows! without making too much of a mess of things unlike the next!

💩Worst new game:💩
Chouchou Jiken.
What in the seven hells was this?
I thought this would be a trashy mystery otome game
but it never got that trashy nor the mystery part was that interesting.
It might be great if you enjoy having a mouse nibble at your toes
but honestly this was such a waste to me like most of the routes
weren't even interesting and the ones that were weren't even important to the overall plot.
It only starts making sense in the last two routes and the romantic interests in it were complete trash
and relied too much on pity me pls trope, look I can like characters that have had a bad time
but when they literally have a goal to use the heroine for their personal gain throughout the game
or worse kill her if gotten the chance, Yes people can change, pity is allowed
but sometimes pity is not enough for me to turn a blind eye the art was nice but at time
meh, the music was awful /grating and the story while interesting
to get to the truth it kept beating around the bush about some russian revolution
that doesn't add up before you get to routes that matter said characters almost all
redeeming factor. Sorry that's gonna be a no from me... 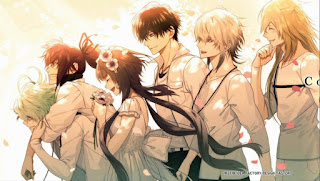 If there was any otome game that needed a fandisk it was collar x malice
the after stories were enjoyable and unique for each character and the adonis
portion gave us a different look at the villains while Ichika gets herself together.
While I thought some of the after stories were too long I think the content
in this FD is of more value than that of Tierblades which I also enjoyed. 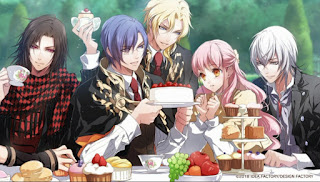 The finale of the WoF series did not disappoint me, even though its short
it managed to be on point and not drag it out and none of it was wasteful
except maybe the WoF2 true end epilogue... poor Solo.
With the exception of Est's after I found it extremely enjoyable definitely not something
WoF fans want to miss out on! after all this time glad they still ported it.
~ 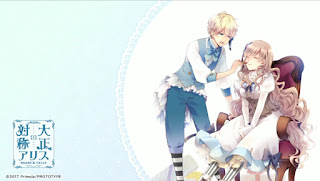 Let's face it this wasn't even a fandisk but an addon
the new routes are exactly the games subtitle aka a different side of the same coin
it only gives us information we already knew but from the perspective of side characters!
Which is nice but not when there's no real ending for them with the heroine because of canon.
The rest of the content was ok but on its hard to recommend unless you are a real tai-ali fan...
and it doesn't add to the scenario of the two except for an extended epilogue.
Also the treatment of Ookami in his route made me rage so much! he's such a likeable character
but the writer cannot let go of the canon and he is still a third wheel no matter what.
Dear otome game writers; if you cannot let go of the canon do not give side characters routes
just to get into their heads, sure its nice for a chance of POV but ultimately
you are wasting your own time and that of the readers since all you do is give bait
but leave us hanging wishing for something more or a better outcome.
~ 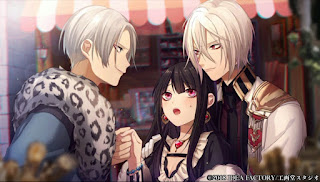 This was just one of those fandisk that isn't that bad but not great either
but still manages to deliver, i'm not the biggest fan but even then
I can see they tried this series strengths also makes it its downfall.
The plot is still as inconsistent and messy as ever that did not change and I doubt
it ever will, wherever otomate will take this I think my shiro to kuro adventures end here
no matter how much I enjoyed my time with Luna and her guys.
Its not that great... but still, it delivers in ways a fan would like it to. 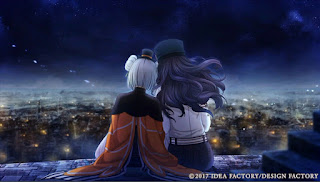 The third fandisk and while a nice addition to the series
it did nothing for the overall story but Cantarella was a nice attempt but it only
gives us after the fact information that not even Cardia ever find out. (Only the reader)
The only thing I say that was great was the extended epilogues from shukufuku no mirai
but even then its something that should have been in that game to begin with.
Its great if you desperately want more code realize in your life but I hope
otomate won't milk it more than this, you can only get so much out of it...
and by now I think I got that, there's really not much I want out of Code:Rea.
Before you get this I think one has to consider, how much do I like code:realize?
will additional stories with the cast be worth my time no matter what it is about??
If a super fan then yes you should get this but if not... then well maybe not.
~ 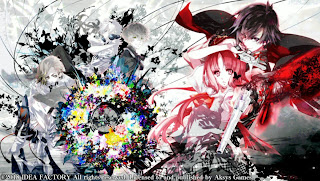 While the otome game part is a hard sell, the story however was pretty good
every main character contributed to the scenario and it was a good feeling to get to the bottom of it
and while I have not finished Ashen Hawk it has the same feel so I had to mention it.
It is incredible hard to write about it without spoiling anything... one is best to go into this
without knowing anything, don't even go to official site! the less u know the better.
~

Well that was all for 2018 not as many console otome games as previous years but its not just me
otomate hasn't released as much nor has other companies. I skipped ports
and have been playing other games/busy with other things.
With otomates move to switch things might look better next year but even then
I am hesitant to make the move, its not a secret some of us just step out of the genre and
lot's of otome game blogs have died over the years when a console such as ps2/psp came at its end.
Vita is no exception nor will the Switch go on forever... I like otome games but i've
feel that I have enjoyed what was to offer and at times am ready to leave the genre since
I start to be jaded and cynical at new titles which aren't even much different then what I played.
There's still some (old) otome games that I'd love to play next year and I will probably do just that.
Geplaatst door Rurunikiri op 9:49 PM