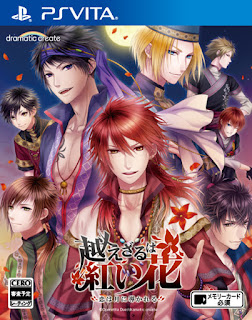 Can R18 games can do well without the scenes? sure, they can be replaced with other ways
to develop the character but feels like something is missing since it not as it supposed to be.

Oh and the heroine Naala is voiced! so that is a good thing, she's also pretty cool imo.
A bad thing is they don't bother to voice the various side characters! so Naala is
speaking to a guy on a market who has no voice, sigh that's just a bit disappointing.
you bothered to voice the heroine but you can't be bothered to hire some random guys to voice
townspeople or minor characters? Okay I guess they ran out of budget but it is awkward.

The seiyuu cast is unique but there are a few known names like:
Shinnosuke Tachibana, Sugiyama Noriaki, Suzuku Chihiro and Kakihara Tetsuya.
~ 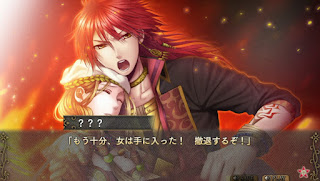 So ever since Naala's mother was kidnapped when she was a child, Naala has been living with some
noble ever since that incident, Years later when Naala has grown up,  the same people
who kidnapped her mother are back to kidnap more women.
So will Naala still be able find happiness amidst the men who have taken her?
Only time will tell...

As for my impressions of the guys, just from the demo I am mostly interested in Touya. 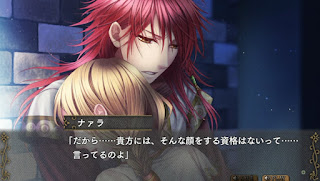 Slen comes of as an haughty asshole at first but doesn't seem to be that bad
and then there is Nooru... well he was just creeping me out in many ways. ಠ_ಠ
Maybe he's a sweetheart but the first impression isn't favorable.

I am not far enough to judge them as a whole since its a demo... but they do not seem that bad.

Ruji is nice, well he's a doctor so it can't be a coincidence. 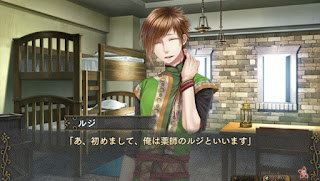 The whole setting and story sound very interesting and the heroine being voiced is a plus.
Honestly I have only heard good things about Koezaru so far and that it was also
one of the better r18 otome games next to chou no doku hana no kusari.
Art is decent, its not really my preferred style but its not bad or anything and the music has its charms.

In my opinion this is worth a buy even without the porn so if you still haven't played it by now
this is a good chance to give this game another shot! atleast try out the demo since its decent
in length as its 2+ hours and it sure should tell you if this otome game is for you or not.
From a personal stand point i'd say go with PC ver because you'd get the product
in the form it was intended to be, unless you dislike r18 then just get the vita port.
Other than my complaint about minor character not being voiced this game sure is promising.
Honestly I don't think I will get it any time soon since I doubt I will have the time for it along
with the games that I already decided to get but maybe someday when I am tired of otomate's games
and want something with a bit more quality rather than quantity, sure I might get this!
No promises though...
Geplaatst door Rurunikiri op 7:32 PM