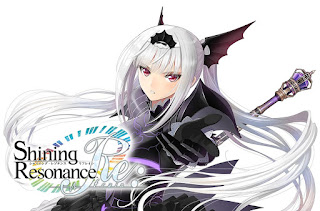 This is probably the only JRPG I like enough to bring it back and write a little about it.

The PS4 port will include all DLC content so this will pretty much be the definitive edition
as they will even be enhanching it and add improvements such as being able
to retry after event battles which imo is a god send especially in chapter 7
since you'll be unable to save for a while at the end of it.
The other is making Rinna's AI smarter... well I usually ended up playing as her
in some battles late in the game because it did suck and also take care of my party members. (lol)
There will be a new mode which will allow you to recruit Jenius and Excela at the beginning
I do not know if this will change the story since it would require rewriting the whole game
so I doubt that... its pretty much a wait for more info. They'll also be using a new OP
but if I had to be honestIy prefer the old one more like I feel they only made it for the sake of
this port, when I look at the old one as seen at the end of this post the new one seems messy visually.

I hope it will be localized, the director seems to want to do it since he commented on it
but if they do they'd probably use the PS3 box art or atleast I hope so...


The limited edition will include: 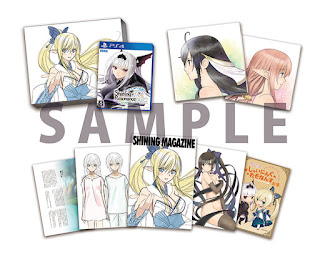 I am not mad it includes all DLC content, all of that back when it was released
was so expensive I wrote about how much it would cost  you if buy it all
and well that would be the price of another game but over time they even
put discounts/sales on it which was nice, can't help but mention it
because not many people probable knew about that.
Now people can enjoy the game in one piece (and at higher FPS if you care about that).

Personally I really liked Shining Resonance even if its very much a cliche JRPG
but atleast it had a great cast of characters that join your party and not just waifus, guys too
heck you could even let Yuma date the guys and they had an ending.
I liked the art as well, a lot of people hate on tony take for his same face syndrome
but boy if they knew how many other artist have the same problem... just wow.
I remember Lesty who early on was pretty much an ass, being rather gay towards him at the end. 😂
Most of my favorite RPG's tend to have a mix too much of one side is bad(imo)
I mean even in otome games I'd prefer there to be girls that aren't antagonistic towards the heroine.

The story isn't perfect... nor was the gameplay, its pretty casual and thats fine.
I liked the game enough to buy the soundtrack and art book on release like even
Kirika,Rinna and Excella's figures! nothing against Sonia but I didn't like the one they released
sadly they never did release a figure for Marion... guess she's just not popular
if anything I found he past the most touching and she could be very powerful in battle.
I guess that mini review concludes this post... feels good to write something positive in a while.

Email ThisBlogThis!Share to TwitterShare to FacebookShare to Pinterest
Labels: Unsorted