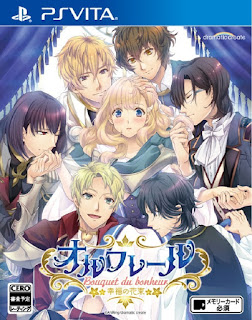 Okay let's go over one more otomege demo/trial before the end of the year
and once again god bless dramatic create for releasing demo's of their ports!
Honestly I'm just biding my time till ''christmas'' order comes in. 😂

It all starts out pretty relaxing ah dat remote village life but then some bandits attack the village and
the noble Reed family shows up just in time to save the heroine Claire, apparently she's one of the only survivors.
The Reed brothers are all knights except for the youngest, Noah who doesn't show up untill the end of the demo.
They end up taking her with them and eventually becomes a maid for the Reed family
because she doesn't have anywhere to go and wants to repay them somehow.

Since this is a demo there really isn't much to write about and honestly I learned more
about the guys from the official site and/or VNDB descriptions than the entirety of the demo
which was short and didn't get anywhere remotely interesting which unlike
the Torikago no marriage demo was a disappointment.
I didn't really get a good look at this game and no I am not lying nothing interesting happened
other than Claire learning the ropes of being a maid and seeing a slightly different side of her saviours.
What's in a demo? not much atleast for this one! 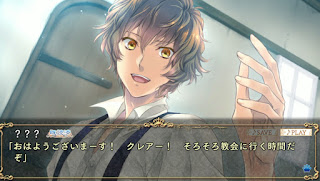 The heroine's obligatory childhood friend, luckily he was out of town when the bandits attacked.
I gotta be honest though I never heard of his seiyuu before., also I dunno if this guy has a route but I hope he does... 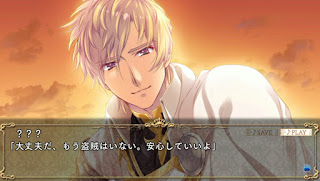 The second-oldest brother of the Reed family, he's kind but other than that
he didn't leave much of an impression on me. 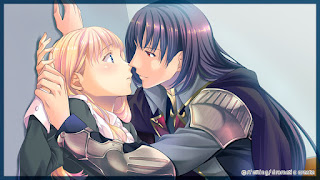 His family is close to the Reed's and also Adel's friend.
Taking Claire back with them was actually his idea lmao 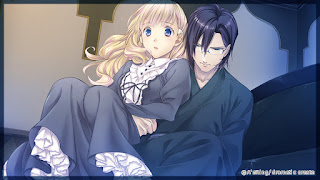 The serious and intelligent eldest brother and was first in line to succeed
the Reed family but apparently he end up passing that to Adel. 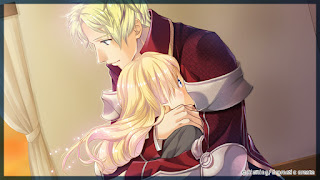 The third-oldest brother of the Reed family, he's friendly, cheerful and a bit lazy.

Noah Reed.
CV: Suzuki Yuuto.
The youngest brother of the Reed family, he keeps to himself and barely shows any emotion
there wasn't much to be seen in the demo as it ends b4 it got good.

As you can see the demo was too short for me to judge this or any of the characters.
Tthere weren't even that many cg's or memorable events so as you can see
I used some of the samples from the official site, I bet you can even tell which ones.

Final thoughts
This may be the only port of an R18 otome that I seriously question why the hell it got one.
I know that Orfleurs was no innocent game 😂 and the plot was already quite average...
Now they go and remove the porn for the port and you know what's left? not much at all
and despite me liking the setting and all I found it to be quite boring in general.
I doubt dramatic create can work miracles and somehow give me a decent otomege...
That being said I am in no rush to get this and I doubt I will get it down the line
because honestly there are much better games to choose from instead.
If you are thinking of getting this please do go with the PC version
since you will atleast get a version as it was originally intended.
5/10
I'm thankful for the demo but sometimes I think they do more harm than good.
I guess Dramatic Create got money to burn by porting this nukige? well... 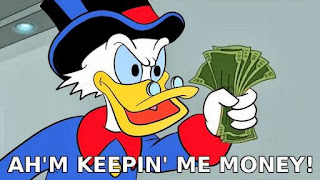